Himlen Var was created with the support of EMS (Elektronmusikstudion) during three residency periods from 2013-2015.

Himlen Var is based upon field-recordings made in the city of Stockholm and the outer Stockholm archipelago (particularly Blidö and Sandhamm), and the analogue synthesizers housed at Ems.

The staff of Stockholm Public Library and Storkyrkan in Gamla Stan, for out of hours recording access;
Ems, for their support and kindness;
Audiorama, for premiering the work on 28th March 2015.

This is a stereo version of the work, which was written for a 12 channel system. 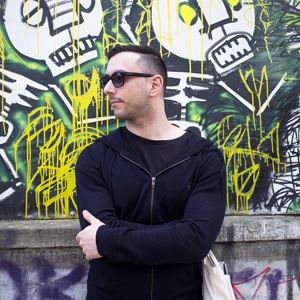 neamhroinnte is a generative audiovisual installation for two screens, quad sound, contact loudspeakers and a quiet, dark environment. It is muted, endless and non-interactive.

neamhroinnte is an exploration of a forest in Roscommon, Ireland. In the stillness, the smallest movements and moments became amplified and mysterious.

As a composer, my work is ordinarily based upon field-recordings made of cities: I collage fragments. Here, instead, I work with undivided passages of time. The work is both contemplative and highly detailed: the viewer shifts between observing constant fluctuations at the micro level and meditative evolutions at the macro level. Fragments of text from the work of Seamus Heaney invite the viewer to reflect upon the gradual unravelling of time.

The video documentation is edited in order to give an impression of the work in a reasonably short time-frame. It does no justice to uninterrupted sense of time in which the work functions and is merely included as illustrative documentation.

neamhroinnte was premiered at the Hunters’ Moon Festival in Carrick on Shannon, County Leitrim on October 27th 2013 and exhibited at the QSS Gallery in Belfast as part of Sonorities 2015.

“I like it, for it is double. It is here and elsewhere.”
Camus, The Fall

Too late, too far is part of a larger work entitled The Fall, composed between 2012 and 2014. The compositional process began during a residency at STEIM in December 2011: Amsterdam was the source from which I collected the materials for this piece.

I think now of the unwitting owners of actions contained herein: the cyclists and joggers of Vondelpark, the man on a bridge who offered a bike for a cigarette, the swans calling across the Red Light District, the choir of Sint-Nicolassbasiliek, and the countless others, long since dispersed but not forgotten: shouting, singing, laughing, swearing, clapping. I think also of the creaks and rhythms of rocking boats, of passing trams, the ubiquitous bells and horns, the rain, wind and lapping water, and the 5am fireworks on New Year’s Day. I consider these materials as fragments of sound, but also, now, as fragments of time. Sometimes their shimmering light is obscured, sometimes it is revealed.

This work, “peopled by bad dreams” (and the occasional good one), balances somewhere between loss and hope: after more than two years of work, this is its final character.

“It’s too late now. It will always be too late. Fortunately!”
Albert Camus, The Fall

The Fall was begun during a residency at STEIM in Amsterdam in December 2011 / January 2012. I made many hours of recordings in and around the city of Amsterdam, with the intention of creating this large scale work.

Elements of the work were incorporated into Residual bits of sunlight, by Andersson Dance in Stockholm.

The first movement of this work, Too Late, Too Far, was premiered at the International Summer Course for New Music Darmstadt in August 2014.

Dérive was commissioned by La Muse En Circuit as the prize in the Concours Luc Ferrari.

Thanks to everyone at La Muse En Circuit!

Dérive is a stereo acousmatic work, started at the studios of La Muse En Circuit and finished in the composer’s own studio. The piece was premiered at the Archipel Festival, Geneva, March 22nd 2013.

I crisscrossed the city of Paris in search of sounds… My itinerary was built from walks, all having as their point of departure the official centre of Paris, the point 48.8534°N 2.3488°E on the square in front of Notre-Dame Cathedral.

I don’t wish to explain too much about this piece: instead, I prefer for the listener to be led through the work by their ear and imagination, much as I was led around the streets of Paris. Dérive seeks to explore the connections between environments… But Dérive is not only a documentary work: above all, it is poetic and mythological, a reading of the city at the present time, an exploration of the sounds, spaces, histories and cultures that shape Paris.

I walked over 100 kilometers in order to gather the materials for Dérive. I walked the full length of both banks of the Seine within the boundary of Boulevard Périphérique, recording the sounds of boats, gulls, the constant fluctuations of the river, it’s voice rushing and changing, reverberating in tunnels and under bridges, merging with the sounds of traffic in the open air. I recorded the tombs of the Panthéon, the streets of Montmartre, the ambience and beautifully melancholic songs of Sacré-Couer, Notre Dame and its surrounding areas; the creaking floorboards of the house of Gustave Moreau, the city sounds from the top of the Eiffel Tower, the tunnels of the Metro, dozens of street performers, office workers playing ping-pong during lunch breaks, children playing in Place des Vosges and…

At the conclusion of this work, it seems to me that Paris is a city of flow and friction, of movement and interruption. But perhaps more than this, it is a place of saturation and juxtaposition. I could walk 100 kilometers more, following the flow and haltering rhythms of the city, in silent reverie.

This work is dedicated to Annette Vande Gorne and Musique et Recherches.

A series of memories interrupt, overlap and flow into one another on a summer’s day.

This piece is made exclusively from field-recordings taken in Brussels and Ohain in July 2011 and was begun at the studios of M&R and completed in the composer’s own studio.

The creation of this piece was supported by the PRS Foundation and the Bliss Trust.

“…the search for lightness as a reaction to the weight of living.”

The sounds used in Dead Poets are field recordings made in New York during April 2010 and April 2009.

Public Bodies explores the theme of voyeurism, both intentional and accidental.

The installation is centered around a large water tank in the center of a darkened room. A projector mounted above displays a simulation of evolving micro-organisms living in a simulated fluid, consuming and producing colored nutrient which is advected by the fluid. As these simple creatures grow, feed, reproduce, mutate, combine, and die, they create an ever-changing soundscape built of sine waves, the simplest sonic elements.

Submerged hydrophones and an optional video camera mounted above allow viewers to interact with the simulation by perturbing the virtual fluid as they perturb the real one.